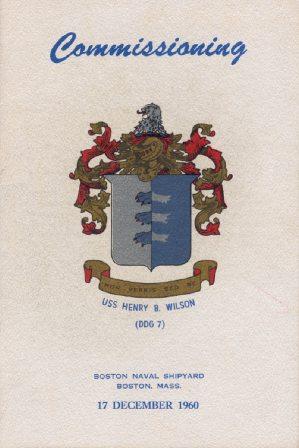 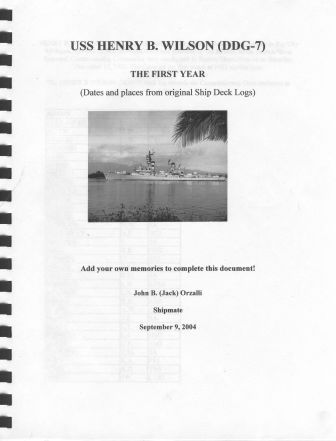 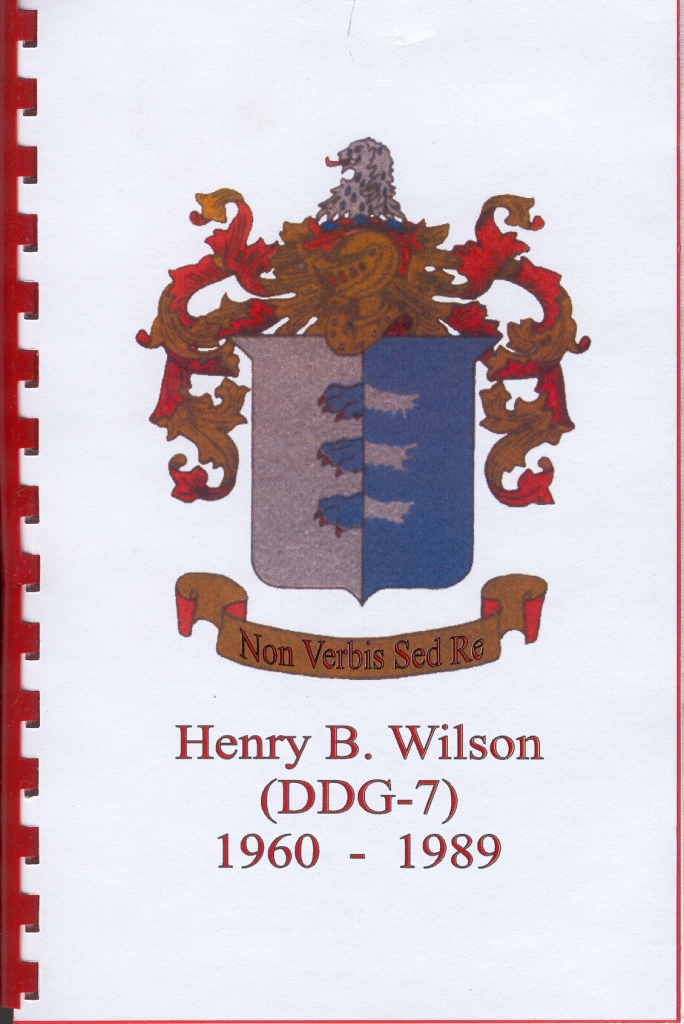 Cruise Books known to have been published:

*  Cruise Books in our possession
** Returned to the owner

Note:  Operations by the ship in local waters along the West Coast and also in Hawaii were not considered major overseas deployments.  Deployments begin on the date of departure from home port and end on the date of turn to home port. 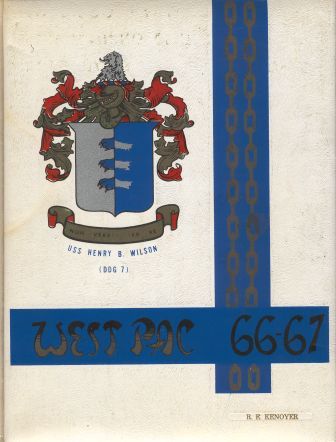 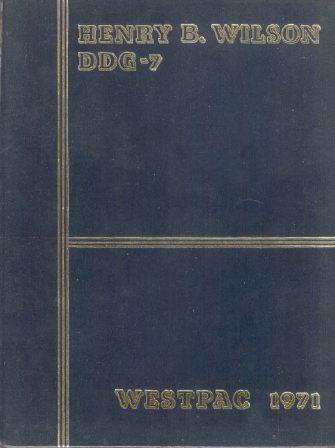 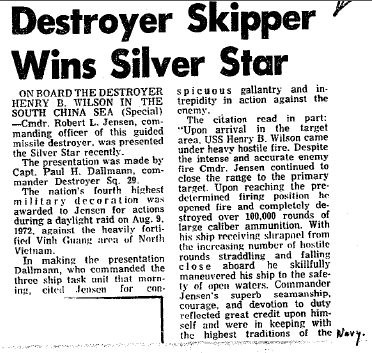 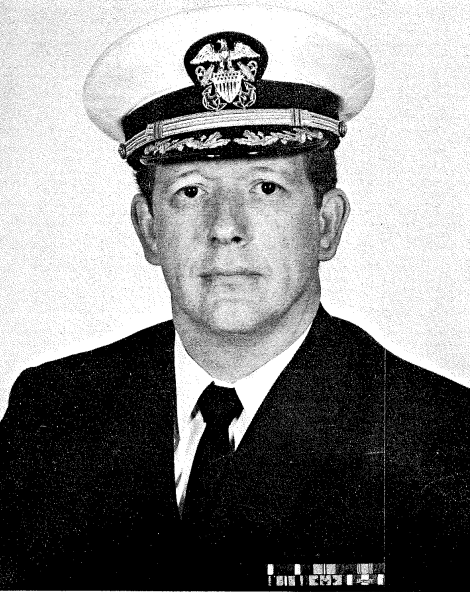 The award was given as a result of Cdr. Jensen’s actions during a daylight raid on 9 August 1972, against the heavily fortified Vinh Quanq area of North Vietnam.

The citation read in part: “Upon arrival in the target area, USS Henry B. Wilson came under heavy hostile fire.  Despite the intense and accurate enemy fire, Cdr. Jensen continued to close the rand to the primary target.  Upon reaching the pre-determined firing position he opened fire and completely destroyed over 100,000 rounds of large caliber ammunition. With his ship receiving shrapnel from the increasing number of hostile rounds straddling and falling close aboard he skillfully maneuvered his ship to the safety of open waters. Cdr. Jensen’s superb seamanship, courage and devotion to duty reflected great credit on himself and were in keeping with the highest traditions of the United States Naval Service.”  (Submitted by Bill Ogden) 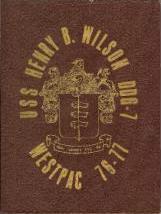 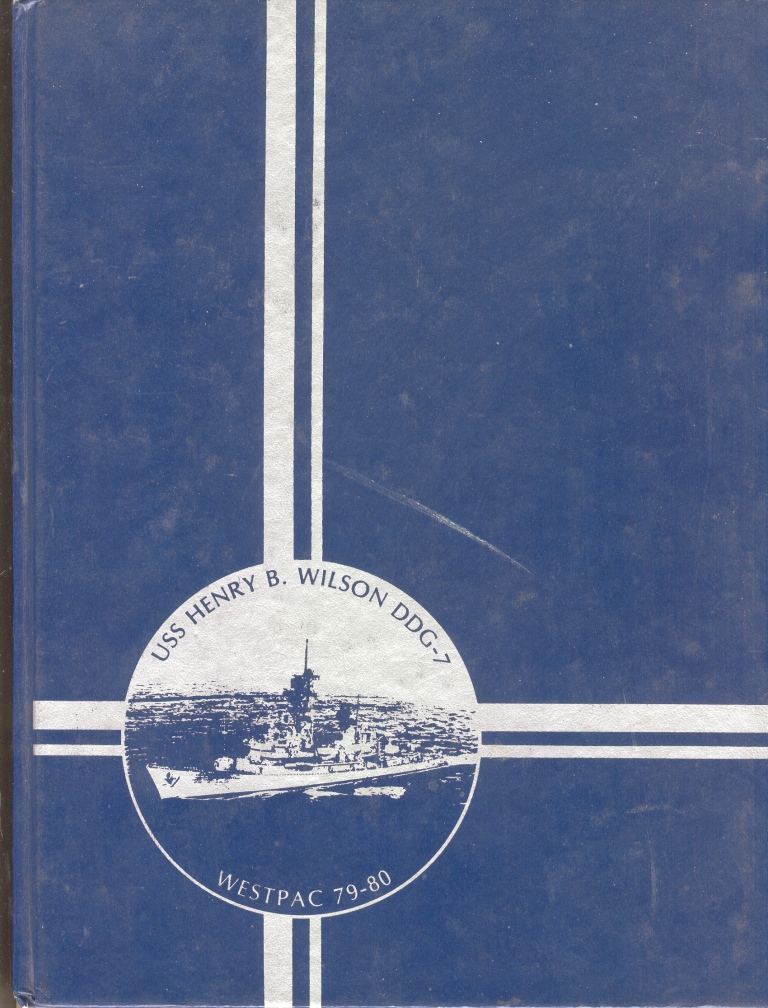 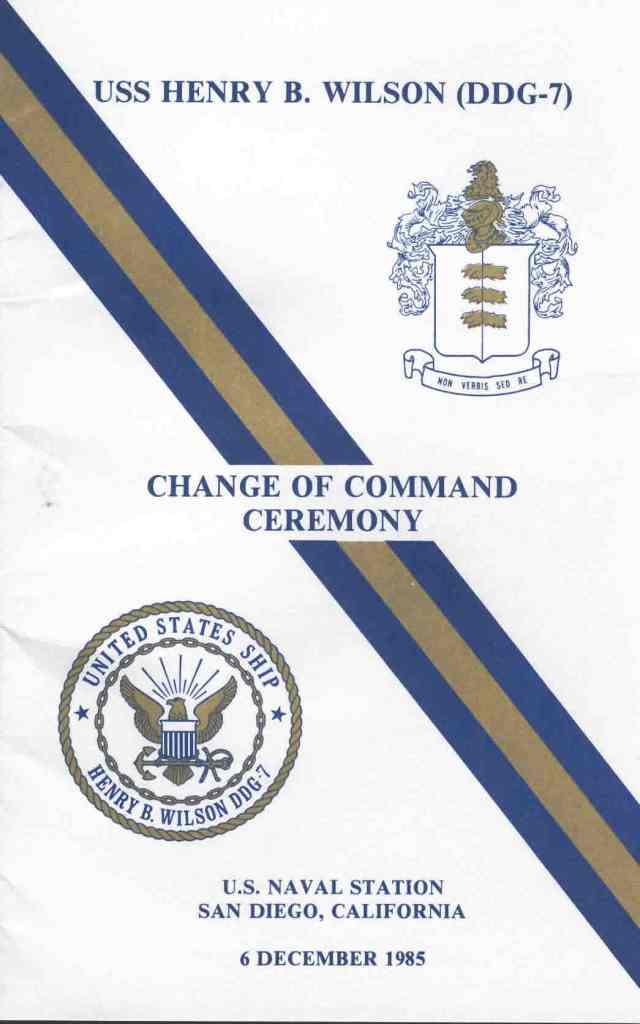