York - John Benton " Captain Jack " Orzalli - 85 of Scotland Point Road and Bruce St. Matlacha FL, died on October 3, 2015 following a period of failing health.
Born on September 4, 1930 in Sutter California, the son of John Alvin and Ruth Vivian (Greathouse) Orzalli. He graduated from Yuba City High School before entering the University of Colorado as a Naval Reserve Officer Corps Midshipman.  Upon graduation in 1952, he was commissioned in the United States Navy and 9 days later married his high school sweetheart Myrtle Josephine Hamilton.   He served on board USS Noble (APA 218), USS Leray Wilson (DE 414), and was a plankowner on USS Henry B. Wilson (DDG-7).  Following an interview with Admiral Rickover, he transitioned to Submarine duty serving on USS Barb (SSN 596), and USS Abraham Lincoln (SSBN 602) before taking command of USS Sam Rayburn (SSBN 635).  Following retirement from the Navy in 1974, he worked for almost twenty years supporting the US Navy’s Submarine Silencing Program including three years as the Head of the Ship Trials Division of the David Taylor Research Center.  He supervised over 200 submarine submerged acoustic trials over those years in almost every submarine in the US Navy where he continued to train generations of submarine officers in submerged ship control.
Jack and his loving wife of over sixty three years, Myrtle enjoyed homes in many duty stations before settling in York.  He was an outstanding marksman – from his days hunting before school in Sutter, through college on a championship pistol team and shooting skeet competitively – he earned his CB handle of Hawkeye as it seemed like he never missed.  He was also an avid fisherman.  Many of his friends and family spent time with Captain Jack fishing all around the world.  He always had a fishing story – and they were all true!  He volunteered his time and talent as a docent in the Portsmouth Naval Shipyard Museum, and repairing computers.  He also was an AARP tax advisor for many years.
He and Myrtle were members of the York / Ogunquit Methodist Church. Together they enjoyed many years of wintering in Florida where they were active members of the First Congregational Church in Cape Coral.
He will be dearly missed by those who knew and loved him, especially his loving family, Myrtle his wife of York, son RADM J. Clarke Orzalli USN (Ret) and his wife Dale, daughter Diana Hunter and her husband Alan Cyr, Son-in-Law James P. Dwyer III; grandchildren: Sarah Orzalli, Ian Orzalli and his wife Megan, Robert Orzalli, Megan (Dwyer) Capewell and her husband Robert, and James P. Dwyer IV; great grandchildren: Cadence, Amelia, Kyra and Lacey Capewell. He was predeceased by his daughter Amy Ruth (Orzalli) Dwyer.
A memorial service celebrating his life will be held on 24 October 2015 at York Ogunquit United Methodist Church at 2 pm. On-line condolences may be made by visiting www.jspelkeyfuneralhome.com . In lieu of flowers, donations may be made in honor of Jack's love for his daughter Amy to the ALS Association. 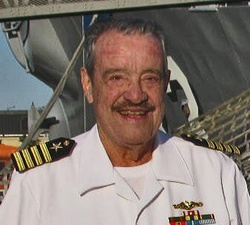 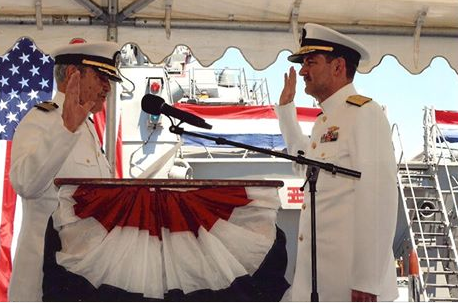